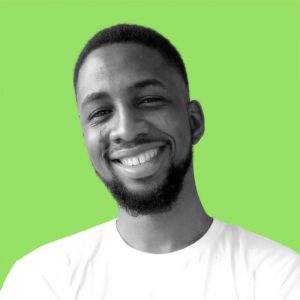 The concept of being able to access collateral-free loans by just downloading an app seems incredible to many Nigerians — This reality has effectively made loan apps the most notable invention of the fastest-growing sector in the tech industry in Nigeria; Fintech.

Loan apps like Branch, Carbon, Quick Check and FairMoney have started seeing competition from the likes of Okash, Soko Loan, 9Credit etc, as loan apps continue to make their way into the lives of more Nigerians.

As a matter of fact, we have no less than 25 Nigerian loan apps on the Google Play Store.

While this is supposed to be a blessing to the average Nigerian citizen, a considerable majority of these tech firms have further plunged Nigerians into agony — not only financially, but through the defamation of character.

As a financial implication, some salary earners literally work for these loan sharks, no thanks to their super-high interest rate and short-term repayment time. The maximum loan term is usually between 7-30 days, with interest rates as high as 50%!

What loan apps are guilty of this?

Based on reviews from users, firsthand experience, and feedbacks on various internet forums, the following apps have been confirmed to derive pleasure in disgracing defaulting customers and even picking up fights before the end of their loan duration;

What happens if you default on a loan?

If you default on a loan, your total amount due would start to increase by 1 – 2% per day after the due date.

In spite of their humongous interest rates and late fees, these lending platforms take extreme measures in their process of debt recovery, causing harrassment, humiliation and irreparable defamation of character to loan defaulters — Whether your reasons for defaulting are of genuine concern or not, they will send libellous text messages to your contacts; brand you a wanted criminal who ran away with their company’s money.

I consider this measure extreme because long lost friends, family members, bosses, colleagues at work, religious colleagues, and siblings all of whose contacts you have saved to your phone, would be bombarded with demeaning messages about your personality.

In some cases, one is likely to be threatened personally about having their details sent to the Credit Bureau for blacklisting if they fail to make repayment on time. And even before the due date, there are constant phone calls and text messages that can be considered intrusive — all to remind borrowers to make payment before the due date.

Some borrowers have been pushed to the brink of suicide for being humiliated in such irrepairable ways.

For Example, here are screenshots of the messages I got after one of my contacts borrowed money from an app called 9Credit and has failed to pay back after about three weeks passed since the due date.

Other Real Life Experiences As Narrated By Nigerians

As you may notice in the second message from the screenshot above, they have gone a step further to involve a whole family.

Last week, a loan app called Sokoloan was fined 10 Million Naira by the Nigerian Information Technology Development Agency (or NITDA) for their persistent violation of privacy and misuse of users data. According to NITDA’s spokesperson, Hadiza Umar, ​​NITDA had sanctioned Soko Lending Company Limited for invasion of privacy.

This action was taken after receiving a series of complaints by Nigerians against the lending company for unauthorised disclosures, failure to protect customers’ personal data and defamation of character as well as carrying out the necessary due diligence as mandated in the Nigeria Data Protection Regulation (NDPR) which was published in 2019 by NITDA.

An excerpt of the statement reads as follows; “One of such complaints filed by Bloomgate Solicitors on behalf of its client, the data subject, was received on Monday, 11th November 2019. NITDA, as part of its due diligence process, commenced investigation over the alleged infractions of the provisions of the NDPR.”

“According to one of the complainants, when he failed to meet up with his repayment obligations due to insufficient credit in his account on the date the direct debit was to take effect, the company unilaterally sent privacy-invading messages to the complainant’s contacts.

“Investigation revealed that the complainant’s contacts who were neither parties to the loan transaction nor consented to the processing of their data have confirmed the receipt of such messages.”

It continues, “The agency made strident efforts to get Soko Loan to change the unethical practice but to no avail. After the agency’s investigation team secured a lien order on one of the company’s accounts by which it could come up with privacy-enhancing solutions for its business model, Soko Loan decided to rebrand and direct its customers to pay into its other business accounts.”

“The agency’s investigation further revealed that the company embeds trackers that share data with third parties inside its mobile application without providing users information about it or using the appropriate lawful basis.”

For the alleged breaches of privacy, NITDA thereby imposed a monetary sanction of 10 million Naira on Soko Loan.

While your reasons for wanting a loan might be genuine, I would strongly recommend asking from your friends, family, colleagues or even your clients. By so doing, you’d not only avoid incurring huge interests on these loan apps, but you’d also have control over your personal data, thereby avoiding a full-blown defamation of your character by these loan sharks who charge as high as 30% – 50% for short-term loans.

Try to build a saving culture using an app like Piggyvest rather than spend everything that comes your way. This way, you can have some funds to fall back on in cases of emergencies rather than settle for loan sharks, default and face constant humiliation, harassment and threats.

I hope the CBN has plans to eliminate all the insanity currently going on in the fintech sector but till then, let’s thread safely.

Thank you for reading to this very end. Your comments are welcome. 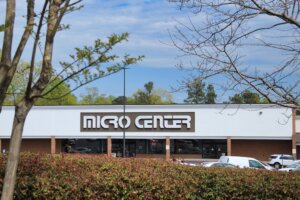 Micro Center is Not Going Out of Business. Here’s Why.

Known for its computers and electronics, Micro Center is a brick-and-mortar retailer with over 100 stores in the United States. The company sells desktops, laptops,